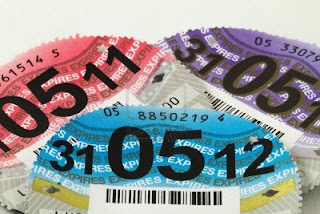 A bad day. A hot, sticky, tiring summer’s day spent on the phone to insurance companies, bank answer machines, old ladies who can hardly hear you, fussy clients, NHS hotlines, phone companies… the LAST thing you need is for your day to get worse. But surely it can’t?

An hour spent on the phone to DVLA in Wales sorting out why 3 tax disks haven’t turned up.
After being fobbed off to three different Welsh colleagues, deciding upon picking up a tax disk at the local DVLA office.
Driving the 30 minutes to town and spending 15 minutes to find a parking space.
Entering the sparse waiting room to plastic benches, 8 ‘cashier’ windows, 1 occupied, 1 not and no people waiting.
Ignoring the ‘take a ticket’ sign. There are, of course, no people waiting in front.
Being ignored by the man sitting behind the ‘vacant’ window for 20 minutes.
Two separate people walk in. One young man, one pregnant lady.
‘vacant teller’ looks up and says directly “do you have a ticket? you need one”
‘young man’ ignoring this and plonking himself down at the teller’s window.
My raised voice, in the quiet, almost empty waiting room. “What? is this REALLY happening?”
Both ‘young man’ and ‘vacant teller’ ignoring me.
Man STILL at occupied teller saying “I can’t hear myself because of this commotion!”
Pregnant woman saying to me sweetly “I just have to pick up a leaflet, i’ll be really quick”
20 minutes later both people exit.
I step up, ticket in had, to very same teller. (Occupied teller is STILL occupied. WHAT is he doing?)
Teller says, as if he has never set eyes on me “Hello! How can I help?”
I say, slightly shocked, “Er, the DVLA should have called this morning about my tax disc…”
Teller holds up his finger to silence me.
Teller then says dramatically “The DVLA do NOT call, they notify!”
Speechless, I nod at him.
Teller gets up and does god knows what for 10 minutes away from the desk out of sight.
seething, I am left to my own devices. Even my phone has no reception. I can’t even share this moment.
He saunters back, to which I take the disc with ‘gritted teeth’ smile and leave.
Teller even waves and says a cheery ‘goodbye’ as I exit.
I look for the candid camera as I walk out the door… 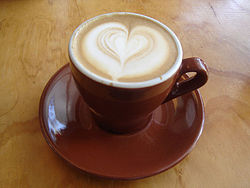 If I said coffee culture would you need me to explain?